Today 24 environment charities, members of Scottish Environment LINK, are launching the Farm for Scotland’s Future campaign calling for a farm funding system that works for nature, climate and people.

The campaign, advised by farmers’ groups, calls on the Scottish government to replace the decades-old system of farm funding with a new system that helps farmers and crofters manage their land in ways that protect and restore nature, tackle climate change, and revitalise rural areas.

As well as producing food, farmers and crofters manage three quarters of Scotland’s land. Yet many current farming practices cause pollution and severely deplete our wildlife. Farming is also one of the top three sources of climate emissions in Scotland.

The Scottish government spends more than half a billion pounds a year on farm funding. It plans to introduce a new agriculture bill in 2023 to update its funding system. Campaigners say the government must transform farm funding to make Scottish farming sustainable.

Deborah Long, chief officer of Scottish Environment LINK, said: “Farming is incredibly important to Scotland. Farmers and crofters are key to producing food, but we entrust them with so much more. We need them to look after our countryside, restore our wildlife, and tackle climate change. But the farm funding system doesn’t reflect those expectations. If we want farming to work for nature, climate and people, we need to fund farmers to do that job.”

Lang Banks, director of WWF Scotland, said: “Farmers and crofters are already taking action to tackle the climate and nature crises, but we need them to do more if we’re going to reach net zero and restore biodiversity. Scotland needs a new rural support system that enables farmers and crofters to produce food while delivering for nature, climate and people.”

Vicki Swales, head of land use policy at RSPB Scotland, said: “Some of Scotland’s best loved wildlife is found on farmland – birds such as curlew and lapwing, brown hares and many types of bees. Many species are declining though due to pesticide and fertiliser use and intensive cropping and grassland management. Nature friendly farming is possible and more farmers are now adopting such farming methods. The scale of the problem requires every farmer and crofter in Scotland to take action but they need support to do so. This is why RSPB Scotland is supporting this campaign. We want to see a large proportion of the more than half a billion pounds of public money given to Scottish farmers each year being used to support nature friendly farming.”

Carey Coombs, Scottish Wildlife Trust council member and organic livestock farmer, said: “Nature and agriculture are closely interwoven. Farmers can have an immensely positive relationship with wildlife when they operate in a way that works with rather than against nature. Effective support that helps land managers become true guardians of nature is vital to unlock this potential. We want the Scottish Government to deliver for nature, the climate and all of Scotland’s people through the new system of payments.”

David McKay, head of policy at Soil Association Scotland, said: “Soil Association Scotland has welcomed the Scottish Government’s recently published Vision for Agriculture, but we believe that the shift to ‘sustainable and regenerative’ farming will require a wholesale change in the use of public funding. The limited resources available must be put to the best possible use – and that means incentivising a transition to more agroecological, nature-friendly approaches. Specifically, that should include ring-fenced grant funding to encourage a farmer-led tree planting revolution, support for farmers and crofters to make more space for nature on their holdings, and financial rewards for improving biodiversity, soil health and water quality while reducing harmful chemical inputs.”

Michael Clark, chair of the Nature Friendly Farming Network Scotland, said: “If Scotland’s food and farming systems are reformed in the right ways, they can contribute to our prosperity, rural livelihoods and resource security – now and in the future. We need a widespread transition to nature friendly farming, to build diverse, healthy landscapes which serve as the foundations for long term resilience and sustainable food production. The Agriculture Bill has a vital role to play in securing this transition and it must provide the right funding so that all farmers can adopt nature-friendly farming practices with confidence.”

Nikki Yoxall, head of research at Pasture for Life, said: “Pasture for Life supports a move to regenerative agriculture in Scotland, particularly in recognising the important role livestock can play in enabling nutrient cycling and fertility building in integrated systems. Livestock grazed appropriately and sensitively in silvopastoral and high nature value landscapes can contribute significantly to improving biodiversity, water quality and soil health. As such, we need to see support mechanisms in place to help enable transitions to more nature rich farming that takes into account the complexity of agroecosystems and doesn’t just focus on carbon reductions as a single outcome.”
Join the campaign to help make farming work for nature, climate and people. 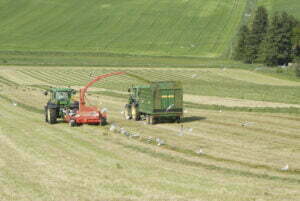 Farm funding in Scotland – past, present and future

Scotland must plan for a just transition for farming 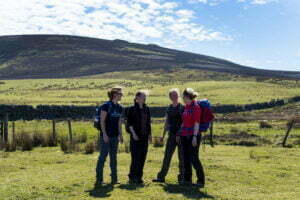 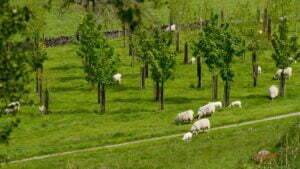 Integrating trees with farming and crofting